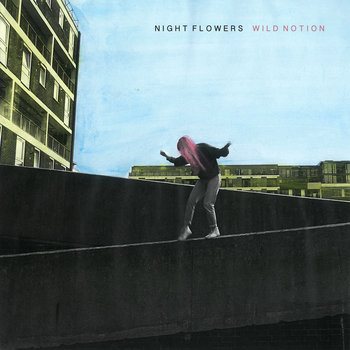 
Following a string of sold out singles, London indie popsters Night Flowers release their debut album Wild Notion on Dirty Bingo Records - written in various basements and bedsits, the album is one of those gems you must seek out and may well fall in love to.

When I was given a link to this album it was during the month of March in London, which saw an obscene amount of snow and rainfall throughout the city and country.  Then the link to Wild Notion, came along and it instantly got me excited for the summer; the album is full of dreamscapes, futuristic hooks and has a sense of sunshine flowing throughout. 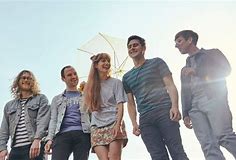 Fronted by vocalist Sophie Pettit, the band are originally from Hull and that being placed near the sea helps explain the romanticism of the music throughout, sitting on beaches looking at horizons can create energy and wonder.  Guitarist Greg Ullyart says,


'The album deals with time, place and memory. The memory often plays tricks and blurs the lines between present, past and future tense, and sometimes when you're writing, it's only with hindsight you can see what you were writing about. The songs put a few demons to bed.'

From the shimmering opener 'Sandcastles' to the lead single 'Losing the Light' there is an over-riding sense of play and love pouring through the speakers.  It is good to hear an opener such as 'Sandcastles' a statement of intent by a band to be heard and yet keep that smile on your face for the album's entirety; too often a band will start with something mysterious which may well alientate listeners whereas this is indeed what they want you to feel.

Other good songs include 'Fireworks' and 'Hey Love' with the album culminating with the epic 'Cruel Wind' a seven-minute crescendo for a band which is hopefully the play-off music at their gigs.


This reviewer cannot speak highly enough of this album, one of joy, one of pop and one of optimism which in this world of myriad paranoia and angst cannot be ignored and should be embraced by music lovers everywhere.

My thanks to One Beat PR for the review link

Night Flowers will be performing at The Lexington, London for an album release show on Friday 27th April
Posted by NextToTheAisle at 03:30