Spirit of the Beehive 'hypnic jerks' 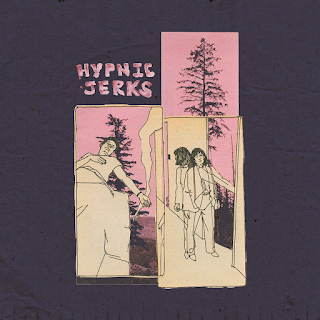 The Spirit of the Beehive release their third album, second with Tiny Engines label, and it is an album that is part dream and part consciousness - a piece of work that is at times blissful but angry.

Starting with odd audio samples, which drop in and out throughout the album, it gives the impression of an album that is very much of the now and the moment; but while the album lilts along with the electronica influence and dreamy soundscapes, the audio samples jolts you back to earth away from the synthesizers. 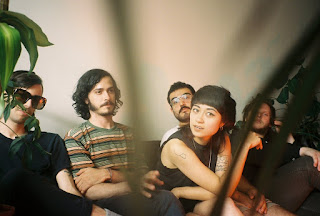 There are moments in this album that remind me of Kevin Shield's work with My Bloody Valentine and the Lost in Translation soundtrack which featured Shields, Air and Phoenix; that film felt very much as a dream for a fish out of water; this album is full of harmony and swooning.

Something came to mind when listening was that the electronica clashing with the guitars creating these moments of reverb made me think that this would be an album made by At the Drive-in if they had any semblance of romanticism or sentimentality.

There are moments though of beauty coupled with grim lyrics giving the impression of a fantasy dream pop, the subtext may be grim but on the exterior the album is light - such as 'd.o.u.b.l.e.u.r.o.n.g.' in contrast to the lighter 'fell asleep with a vision'; this juxtaposition much like Jim James' album Uniform Distortion this year the height of euphoria undercut by some sombre.

This is one of those albums that will be benefited by numerous listens to create a sonic soundscape which is unlikely anything you will likely hear this year.

As frontman of the quintet,  Zack Schwartz puts it, '(the album is) the state between wakefulness and sleep', and the band Spirit of the Beehive is awake loud and clear.

Another brilliant release from Tiny Engines, who I thank for the review opportunity and audio link.

hypnic jerks is released from Tiny Engines on 14th September
Posted by NextToTheAisle at 02:34