Last week I reviewed the new release from Brian McGilloway, the New York Times Bestselling author, with his new thriller The Last Crossing. A stand alone novel that looks at how actions can have ever lasting consequences.

After excitedly reading the book, the author granted me the pleasure of an interview which I can share with you now. 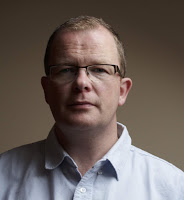 What was the genesis of The Last Crossing following your series of books, why a standalone novel now?

With each book, I simply write the story I want to tell. Usually, that fits in to one of the two series, but with this book it didn’t. I liked the idea of looking at 3 ordinary people who do something terrible for what they all believe to be justified reasons and who have to face that again 30 years later. I was interested in how each would have changed, how what they had done would have changed them, and the manner in which each had attempted or failed to reconcile themselves with what they had done. From the beginning, I knew this wasn’t going to be a police procedural, nor did I want it to be.


How easy was it to juggle the two timelines was it like writing two stories at same time or separately then edited?

No, I wrote one straight into the next using concatenation where the final phrase of one chapter opens the next. It was to create continuity between past and present and also to link the two more closely. It’s a technique used in a medieval poem called The Pearl which I’ve tried to use a few times before – most obviously in Little Girl Lost where I had two narratives connected in this way in the first draft. After hitting a block about three quarters of the way through, I realised it wasn’t working for that book and removed both it and the entire second narrative. I’ve been wanting to use it since and thankfully, in this book, the technique suited the structure and theme more obviously and finally worked for me. I found using it helped create impetus in the actual writing of the novel.

You are from Londonderry, the Troubles was more a way of life than a snapshot, was it easy to write about from memory having been born there?

I love Derry and am very proud to have grown up there. It suffered a lot through the years of violence to the extent that its personality and sense of identity have been changed by it in some ways. That reflects the way in which all of us who grew up through it were similarly changed by it in ways – some more obviously than others. The book, I hope, reflects the various gradations of impact the violence had on the various characters.


The story is about looking back at life's regrets do you have any?

I suppose we all have moments of wondering ‘what if?’ – the Road Not Taken moments. With the story between Tony and Karen, I’d say the influence of Tom Waits’ Martha is there – someone looking back on how their life’s course has gone in a completely different course from the one they’d expected and how we react when faced with that realisation as we meet someone we once loved. Larkin’s Dockery and Son deals with a similar moment of terrible clarity. My own regrets tend to focus on friendships lost more than choices not made – we all make our choices and live with them after all. I’m very lucky and blessed in so many ways, it would be churlish to regret.


What are your hopes for the book?

It’s a book of which I’m quite protective. I just hope it finds any kind of readership and finds kindred souls to whom it speaks. It’s a challenge to get people reading Northern Irish fiction, so finding someone who’d not ordinarily have read fiction from here would be a bonus!


Did the speed and economy of the book come from editing or down to the jumping back and forth of timelines to induce this whip crack nature of looking back and forward ?

I suspect it’s a reflection of how I write. The book was written very quickly once I got started – and benefitted from the support of a number of friends and crime writing peers who read it and encouraged me along the way. I tend to write in short bursts – maybe an hour or so per day – and aim to keep things moving. I get bored with slow narratives myself, if I’m honest.


Do you miss teaching full time?

No – I still teach full time. I took a sabbatical for two years when my kids were younger to help look after them but have been back teaching for 5 years now. I still love it – though it does make writing a book a year almost impossible for me at least, thus the longer break between books. The characterisation of the younger character in the novel who drives the other three around was informed by great advice from a group of my former students who’ve all kept in contact with each other and me. It’s a privilege to introduce young minds to great literature for the first time and to spend your days talking about books you love.


What advice would you give to any would be authors?


Trust your instincts. Read widely, but don’t try to guess the market or write for the market – instead produce a work of which you are proud and can stand over and it’ll find a readership eventually. Writing is about connecting with a reader – the size of the readership will vary from book to book, but the essential connection stays the same and that’s the important bit.


How have you coped with self-isolation?

We’ve four kids so with six of us in the house altogether it’s been pretty busy. Plus I’m still teaching remotely, so the days pass quickly enough. I’ve great plans to get another book written and to read loads: I’m chipping away slowly at both…


My thanks to Dome Press for the review opportunity.
Posted by NextToTheAisle at 02:57