The House with 46 Chimneys - Ken Lussey 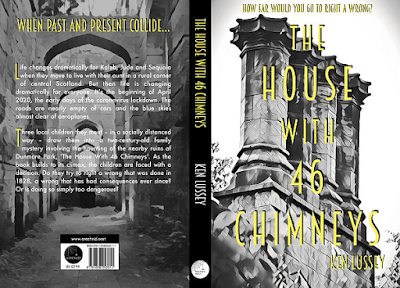 The new original story by Scottish based writer/novelist, Ken Lussey, tells the story of three children enraptured by the history of their surroundings during an enforced seclusion away from the city whilst the Coronavirus pandemic takes hold.

The story starts in late March and ends by the first week of April - a short period of time but incorporates the children's Easter holidays. The three children - Kaleb, Jude and Quoia (short for Sequoia) - are moved from their home in Edinburgh to a relative's home not far from Stirling in the countryside, Aunt Fliss, faraway from the bustling throngs of the city to the quietness of the rural landscape. 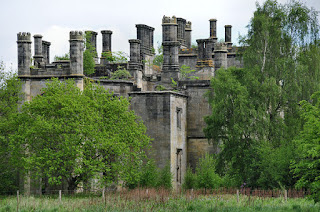 The children naturally do not like the new surroundings, but whereas in other favourites of children literature, boredom can be avoided by the use of Wi-Fi to be entertained and a diligent aunt who would like to help the children appreciate the nature that surrounds them more. Fliss is an artist with commissions ongoing, and for one hour a day she asks her nephews and nieces to draw and reflect.

The children still love to explore, and with the ruins surrounding them of long ago Scottish kingdoms with castles ready to be explored so long as government guidelines allow them to be entered. The children explore through actual haunts such as Dunmore Park including the iconic Dunmore Pineapple as well as the aforementioned House with 46 Chimneys where the dramatic action in the final third of the book takes place. 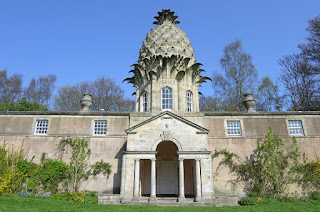 The children become friendly with contemporaries of the same age next door, whilst maintaining social distancing of course. Lussey does well to convey a changing world for all the characters, from the three children's parents who are key workers to the sanitising of badminton rackets ahead of a garden party.
Lussey is more known for his two Bob Sutherland novels - Eyes Turned Skywards and The Danger of Life incorporating a rich love of World War 2 history and warfare here in the United Kingdom specifically the untold story of Scottish branch of the RAF - a third book in the series is coming soon.
Yet here Lussey shows his versatility as a writer, harking back to books of his youth from Enid Blyton's Famous Five to the Railway Children - incorporating familiar tropes such as children evacuated from a major city, familiarising themselves with new surroundings and unfamiliar family members and making friendships and moments that will stay with them forever. 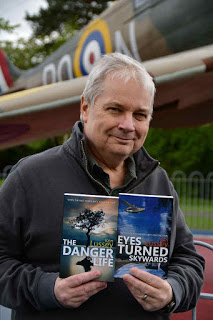 Taking a deliberate but fantastical detour in the third act focusing on family trees and lineage, Lussey never loses our attention and keeps us gripped as the children become embroiled in the tribulations of a ghost story.
The House with 46 Chimneys is out now from Arachnid Press on all formats.