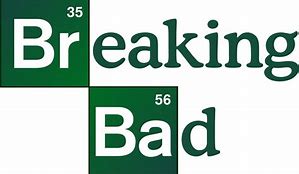 Last night, I had the pleasure of completing my first box set. Breaking Bad. It has taken just about five weeks but me and my girlfriend, have witnessed countless deaths, numerous cooks and shady dealings in Alburqueque. We have followed the transformation of high school Chemistry teacher Walter White from fighting lung cancer to the horrific Heisenberg, the empire builder who would stop at nothing to get what he wants.

Oddly enough, when the conclusion of series 5 first aired in America on AMC I avoided any spoilers as best I could, thankfully the Internet community found it necessary not to ruin it for non-watchers as it is something best experienced first hand, much like The Mousetrap.

The ending was to me a complete finite ending deserving of the legacy that Vince Gilligan and his team have created.  Usually when series come to a finish, it is perhaps two series past its sell by date or the characters have outstayed their time.

Breaking Bad was good because it did not take a series as  the same temporal period for the viewer, for example, the original audience did not witness a White family Christmas when they did. The action started in series one around Walt's 50th birthday and ended a day after his 52nd, therefore the condensing of all the narrative action in to a timeframe of five years served a greater reality to the drama; things change dramatically from day to day in our lives, so why can that not be reflected in our viewing pleasure? 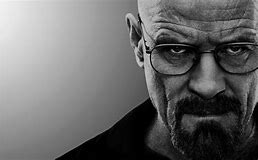 A lot has been made of the writing by Gilligan and his writers, yet while the show has been rightly heralded as the perfect amalgamation of talent, special mention must go to the acting of Bryan Cranston and the ensemble who infused all the characters with not just a belief but a humanity not seen before in American television drama. Whereas, characters in the West Wing or The Sopranos, where highly stylised versions of political and gangster conventions, in Breaking Bad these were actual people doing what comes naturally to survive and exist.

Yet that was the appeal and motivation for Walter to begin with. We meet a man on his 50th birthday, who feels unfulfilled in his life. A teacher who is not respected, mocked by his alpha male brother in law who works for the DEA. Had things been different for him he would have been a CEO of a Fortune500 company, yet fate dealt him a bad hand seemingly, and he cancer diagnosis leads him to reassess his options. His lack of insurance coverage means his family will be bankrupt should he die, so he attempts to cook Crystal meth and get close to the $700,000 he requires for the medical bills and pay his disabled son through College in his absence.

In the final episode, when Walter and his wife Skylar talk for the last time, she believes he will say he did it all for the family. Yet he surprises her by saying he did it for himself and he liked doing it. That was a good line to have Walter say, as the series has predominantly been about pride and the things people do when their ego is out of control. And it was this battle of wills sometimes between Walter and Jesse. I say sometimes as too often Walter seemingly got away with his malicious acts of violence, in contrast to the mindset of Jesse who has seen too much bloodshed and wanted to avoid it as best he could.

The story would ask if it was possible to avoid violence, or if it was the only course of action with say the murder of Gus in the nursing home.  It would also make you root for the villain as Walter slowly became one, and made you root for Hank and Mike who were oddly purveyors of justice and attempted to make you get the bad guy.  Through the last series, you were still rooting for Walter until he crossed the line of domestic violence in the episode containing Hank's death, that was the act that made you want to get caught, or die and ultimately the act that made him leave New Mexico and go into hiding. 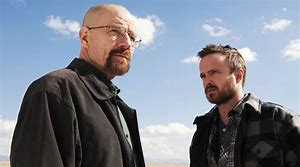 I saw an interview with Gilligan, where he said his writers stole from the best in reference to their ending matching The Searchers. I think they also stole from The Godfather, in that Walter is similar
to Michael Corleone played by Al Pacino; a man so vastly different from that young idealistic soldier,
that he is almost unrecognisable. Yet the way in which he slips into the skin of malevolence and murder is the most unsettling aspect of it all. Francis Ford Coppola's adaptation of Mario Puzo's novel was as a watershed moment in American film history, as is Breaking Bad in American television history.

Is Walter the devil or just a bad man, I believe he was not a changed man, he was a man who learnt a lot about himself and became a version of himself he did not know was possible nor capable of such acts. How do we know what we are capable of doing until we do it the first time?

Breaking Bad is as close to the perfection people have envisioned in this box set culture. A show that was brilliantly written, wonderfully acted and produced week in, week out not missing a beat and containing surprise that kept you gripped throughout without going for cheap way outs and belittling the audience it treated with intelligence and respect.  The ending was as close to perfect to, because it tied up all the loose ends with a sense of gravitas and humanity befitting a show about living and dealing with your own mortality.

Read more »
Posted by NextToTheAisle at 05:27 No comments: