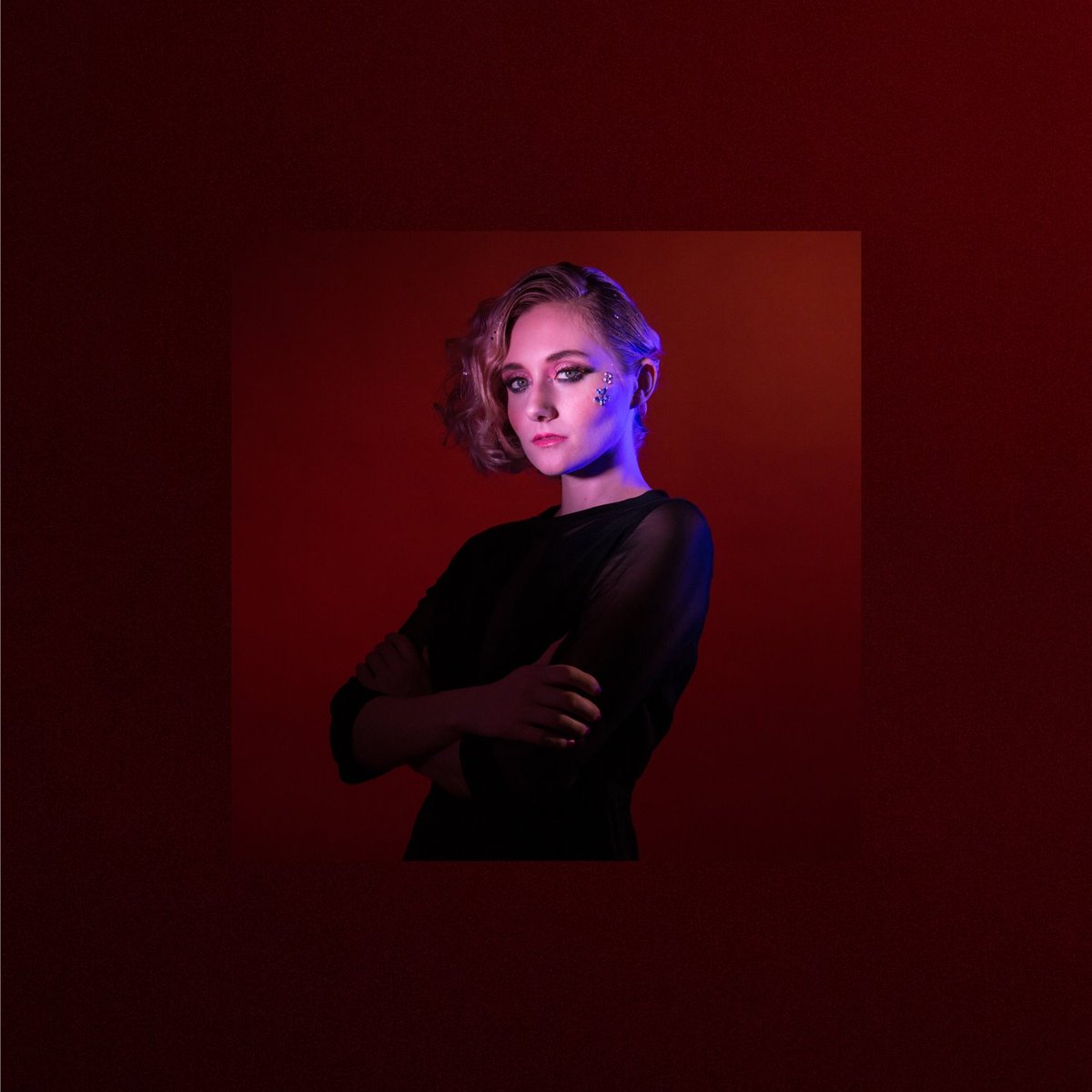 Sorry Is Gone, is the fourth album from renowned singer-songwriter, Jessica Lea Mayfield, a songstress who has created a gripping confessional LP following the break-up of her marriage.

At times emotionally raw and yet unapologetic in wearing her feelings on her sleeve, Mayfield has created a piece of work that is both universal and personal.  Her first album since 2014's Make My Head Sing, and whereas that album had the music written first, for Sorry Is Gone, Mayfield had the lyrics written first as she quietly endured years of domestic abuse, hiding within a brewing tempest. Whilst there may be moments of darkness within the lyrics and riffs, there is light creeping out in the defiance such as in 'World Won't Stop'

From the titular track, Mayfield's music is a mix of Americana with a folk tinge but with a rebellious punk spirit running through its heartfelt veins, helped by having John Agnello (Kurt Vile, Dinosaur Jr.) on production duties helping Mayfield becoming the empowering voice she has become.

Female singer-songwriters are in the vanguard currently dividing opinion and winning fans from the mainstream like Taylor Swift and Adele to the more leftfield St. Vincent or Courtney Barnett; albums are appearing from young women with something to say and finding a voice loud enough to say it.

From the defiant album opener 'Wish You Could See Me Now' with the lines, 'Wish you could see me now/But no-one can see me now' a statement of intent but new beginnings. The album is a multitude of influences from the punk of that opener to the confessional folk of 'Maybe Whatever', the songs are a diverse mixture of opportunity and optimism.  And in 'Offa My Hands' you have the biggest middle finger in female music since Alanis Morrisette's 'You Oughta Know' in being raw but accessible.

Sorry Is Gone is out from ATO Records on September 29th and available for pre-order now
Posted by NextToTheAisle at 03:35 No comments:

The Re-Identification of Alabama QBs 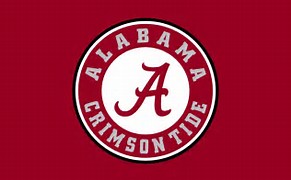 When you think of Alabama quarterbacks under Nick Saban's tenure you think of pocket passer's men who are leaders on and off the field, those 6' 4" tall athletes who stand tall in the pocket and are pin-point with their accuracy and poise under pressure.

Yet there has been a gradual change in identity of the man under center in Birmingham. Whilst there has been dual threat QBs surrounding the Tide from Cam Newton to Jameis Winston to Johnny Manziel; Nick Saban has been reluctant to make that leap to the dual threat due to the wealth of talent at running back over the years from Trent Richardson to Eddie Lacy.

Starting with Greg McElroy who eventually played for the New York Jets, he led the Crimson Tide to the National Championship in 2009 whilst not setting the numbers alight. In the Championship year he threw for 2508 yards and 17 touchdowns, that was followed the year later by 2987 yards and 20 TDs prompting his inclusion in the draft.


AJ McCarron inherited the role after McElroy left for the professional ranks, and in his three starting years he saw an increase of total throwing yards over those three years - 2011, 2634 yards; 2012, 2933 yards and 2013, 3063 yards breaking McElroy's passing record. His passing percentage was 66.8% which is par for a solid career and he had 15 total interceptions over his career. McCarron sits behind Andy Dalton as No.2 QB for Cincinnati Bengals awaiting his opportunity with immense patience.

Blake Sims had a veritable explosion in his lone starting season as quarterback, 3487 yards with 28 touchdowns and 10 interceptions coupled with 350 rushing yards and 7 touchdowns.  Sims was probably the marker of change for Saban.


Via Jake Coker, we land at current QB Jalen Hurts who is the starting quarterback for Alabama this year following his freshman year, the first true freshman to start for Alabama in 32 years, throwing for 2780 yards and 23 touchdowns with a below average 62.8 percent; however, he also rushed for 954 yards and 13 touchdowns giving him 36 total touchdowns. Hurts became the first quarterback coached by Saban to pass for 300 yards and rush 100 yards in the same game.

The surprising factor of the victory was that Alabama out rushed their passing offense, running for 305 yards from six different carriers - Najee Harris (13 carries, 70 yards), Bo Scarbrough (6 carries, 36 yards) and only 192 passing yards with the most for one receiver being Calvin Ridley with 45 yards off only five receptions.


For sceptics, this is Saban falling in line with the rest of the league and not being original, however, perhaps this is Saban utilising the talent correctly.  In Hurts, he has a passer of accuracy who can execute passes to where it needs to go, this allows Saban the chance to dictate play from the off and by having Hurts keep hold of the ball when rushing you negate the threat of turnovers which are key and can effectively keep a stellar defense (better than Fresno State obviously) out of the game.

From worries over his pocket passing to utilising the speed and composure under pressure, Hurts will have bigger tests but its a step in the right direction for this Alabama QB.

Posted by NextToTheAisle at 00:39 No comments:

Following on from a National Championship season led by a soon to be starting NFL quarterback, the Clemson Tigers nonetheless have high expectations to return to the College Football Playoffs again this year.

Although the ACC has had a gradual resurrection of talent and performance in the last five years since the Florida State Seminoles led by Jameis Winston made headlines. Those Noles are going to be knocking on the door, as well as the NC State and the returning Lamar Jackson at Louisville who will provide highlight plays in abundance.

The task of repeating as champions is a difficult one in any year for any team due to players leaving for the professional game or graduating, in this instance it will be a tougher one for these Tigers but lets look at what they have going for them.

The obvious positon to start is under center at Quarterback. The expected starter for season opener versus Kent State is Kelly Bryant who was the back up to Deshaun Watson for two years, and is due his opportunity. Key points for Bryant is to translate what he does on the practice field into the real game situation, he shows poise in some practice set ups and good progression through receiver options but the main query must be about confidence.

In these early games, he needs to instill himself and the coaching staff with confidence; this works two ways as they need to give him easy passes and completions from a new but exciting receiving core.  Deon Cain is the likely heir apparent to fill the shoes of former Clemson receivers who have made the leap to the NFL such as Sammy Watkins and DeAndre Hopkins, he has speed on the outside to be the deep threat and last year had seven receiving touchdowns from 724 yards. 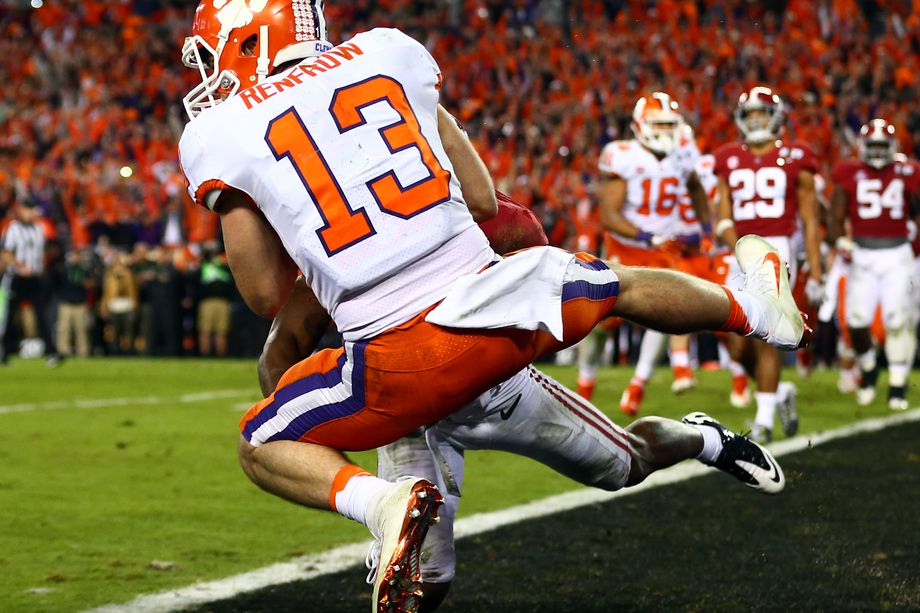 Coupled with Cain will be Hunter Renfrow, who is the target on third downs and has good hands as well as the size to combat physical defensive play from the slot.

However, the biggest question will be to replace the hole at running back left by senior Wayne Gallman who had 30 touchdowns over two seasons. Gallman was not only the threat but the three down workhorse which left the next generation with little carries and snaps on the field.  The answer may well be in CJ Fuller, he showed the power to grind for tough yards last season versus NC State when Gallman went down but he also has a knack to make big catches in the backfield which changes the course of the offense and can lead to instilling confidence in Bryant at QB.

To maintain an ACC Championship drive, the Tigers will need to step up on defence and on the defensive line they have some returning quality in Dexter Lawrence who has unnatural athleticism for a 340lb, 6' 5" frame. Clelin Ferrell has the mixture of strength and speed to break tackles and get to the quarterback or running back forcing turnovers - he had double digits last season - and six sacks.

The mark of any lauded College program is to keep the level of quality returning year on year, Clemson have been something of a noise for sometime and the fact they are National Champions adds to the cache. The abundance of talent at their disposal will lead to them getting big wins in a tough division with road trips to NC State and Louisville (in Week 3).

Dabo Swinney always takes teams and exceeds expectations, many people did not think they could beat Bama in the title game yet they did. This season will be a different kettle of fish in that, many are not expecting them to return to the Playoffs, if they do, the season will be a success for the Clemson Tigers.

This article features on the UK Draft Guide from 40 Yards Scouting run by Matt Phillips
Posted by NextToTheAisle at 07:19 No comments: