White Lies are back and returning with a new album out on February 1st from PIAS Recordings. Below is a taste with new video for 'Believe It' from the album Five. 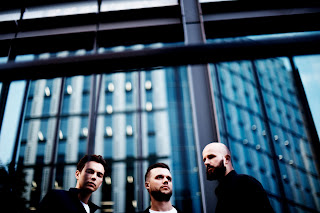 Some years ago, the band had a massive hit with single 'Fairground' and were set to break the ceiling along with contemporaries Editors; yet it did not happen.

That has not stopped the band writing and have created a ten-track album that is the broadest and most commercial friendly songs they may well have written.

The song 'Believe It' would be familiar to those fans of Bastille and the undoubted influence of Depeche Mode; a band who who able to marry between electronica and rock. White Lies are a band who embrace both the keyboard and the guitar; lyrics of alienation fit perfectly with this mixed up world we are living in currently.

Directed by Mexican David Pablos, in his hometown of Tijuana, he wanted to shoot about 'the "otherness", that is, the people who are rarely seen, but also confirm the identity of the city.'

The album is released on February 1st, the band then embark on an extensive European tour in February and March featuring a show at London Forum on Valentines Day.

You can pre-order the album here.

Posted by NextToTheAisle at 07:33 No comments: 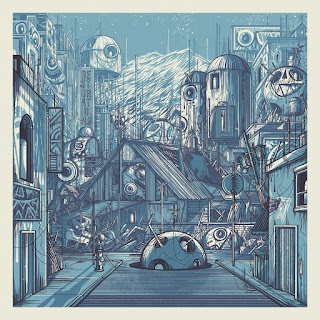 Released by Tiny Engines at the end of September, the fourth studio album by Philadelphia band Restorations entitled LP5000 is out now on all platforms.


Coming in at seven tracks long and under 30 minutes in length, this is an album full of vigorous energy and an abundance of heart; with hard work dripping from the amplifiers and the smell of the end of week bar screaming through the short set list. 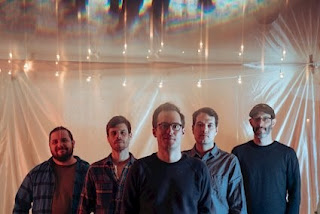 Throughout the album there is a polish to the musicianship, a band who are tight together and in unison reminiscent of The Hold Steady and the working-class roots of Bruce Springsteen; vocal young men shouting to be heard, and hopeful the world shouts back at them.

From the album opener 'St.' there is a rhythm to match the rock and roll that strikes through the core of the listener; there is more melody on second track 'Nonbeliever' coupled with the subtlety of 'Remains'.

The album has its marker though on 'The Red Door' a shout of adrenaline that will get toes tapping and heads bopping at once.

For fans of The National and Band of Horses, this is a rock and roll album fit for the current age of attention or lack there-of. This is not a disservice to the album, it is short, sweet and superb.

LP5000 is out now from Tiny Engines
Posted by NextToTheAisle at 03:26 No comments: 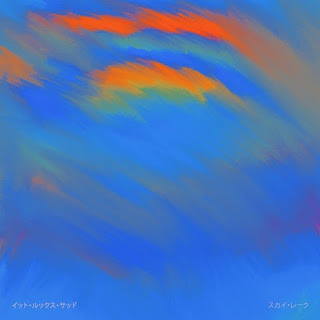 The debut album Sky Lake from It Looks Sad. is released by Tiny Engines on 9th November

The first material from this pair in nearly three years, It Looks Sad hail from Charlotte, North Carolina a region of America which has beaches and gorgeous coastal lines but nothing that would make you think of rich Californian beaches in the pure sunshine.

Following band changes, the band now comprise of the duo Jimmy Turner (vocalist and keyboardist) and Alex Ruiz (drummer). Despite the hiatus Turner has not stopped writing and progressively has moved from the earnest writing of three years ago to a more formative composition; writing songs within a sonic landscape.  He asks you to embrace the sound and feel of the record. 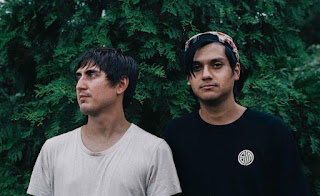 Starting with the shimmering thumping of 'Shave' it tells us that there is a series of two-minute interludes which continues with the wonderful 'Bike'. The album is full of hooks worthy of comparison to their label mates Spirit of the Beehive and the UK's own Night Flowers.

There has been this recent uptick in albums of quantity married with quality - bands want to be short but sweet to linger with your earworms a la Frankie Cosmos and Tony Molina. Maybe this is indicative of the lack of attention span in people nowadays, but if new bands feel this is a sow to plough then its fine by me.

From the pulsating 'Sisters' to the gorgeous 'Palms', this is an album full of priceless pop and at some points reaches moments of glory from a bygone 80s album.

Sky Lake is an album full of summer shimmers and magnificent pop that will make you smile and groove.

Sky Lake is out from Tiny Engines on all formats from Friday 9th November
Posted by NextToTheAisle at 23:21 No comments: 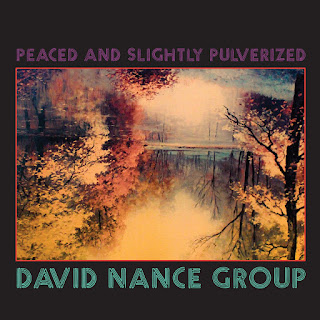 Released by Trouble in Mind Records in early October, this latest album is entitled Peaced and Slightly Pulverised. Below is the single 'In Her Kingdom'


David Nance is anything but prolific, and after a six year period releasing albums for labels Grapefruit and Ba Da Bing, including cover albums of Lou Reed, The Beatles; he returns with a full length album for Chicago label Trouble in Mind credited to the David Nance Group which comprises of himself, guitarist Jim Schroeder, bassist Tom May and drummer Kevin Donahue.

The album is a seven track piece of old fashioned rock and roll, featuring distortion pedals, long solos, meandering lyrics and giving the group the space to seemingly jam and riff to their hearts content to create an album that sounds both fresh and something from a by-gone era. 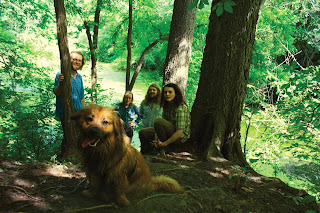 Endebted to the album work of early Neil Young and Crazy Horse, up to and including the oeuvre of Jim James and My Morning Jacket.  For rock aficionados, there are songs that will rock many a boat from the opener 'Poison' which is perhaps the most ear catchy song with a riff and a rhythm that would not be out of place on AOR radio currently.

While the second track 'Ham Sandwich' is a bit hit and miss due to the abundance of distortion on it, the album regains purpose when '110 Blues' and 'Amethyst' come along - songs that carry you on a wave of emotion and euphoria as solos give way to words.

The album is out now from Trouble in Mind records

Posted by NextToTheAisle at 01:52 No comments: