Hocknell returns with the Agency eager to stay away from anything involving angels following the fallout of the first novel's conclusion in Prague.

Ben and Scott though are drawn into another angelic tale when the phone rings and they are asked to write the autobiography of a 1980s has-been pop star from the band Elev-8.  When they meet said pop star, they also encounter 'Blind' Billy Fury a wrestler and his pretty assistant, Amber.

What follows is a very droll and story which is full of witty observations of life itself, understanding your place in the role. Ben the main protagonist of the lead pair, becomes a puppy dog when he encounters Amber and while he is not looking for love, he did not know he was until he saw her.

The back and forth of dialogue is done cleverly without forcing narrative nor plot, the characters are the ones who force this plotline.  The reveal of the plot about forty pages from the end, is a nicely done twist which hits Ben and Scott over the head like an anvil falling from the sky upon Wily. E. Coyote.

This is written with a real clarity and brevity which is rare to see, partly because it is an intriguing set-up and Hocknell likes his characters; not treating them with disdain for being cynical at times but embracing that personality he has imparted upon them.

Unfinished Business is a win-win for Hocknell; a great continuation and sequel to his first book and the start of a true series to follow.

Out now from Urbane Books and available on all formats at Amazon.
Posted by NextToTheAisle at 07:18 No comments:

Where The Dead Fall 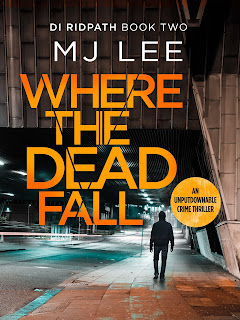 This exciting new novel is in keeping with a renaissance of British crime writing which had laid dormant following the unprecedented success of Inspector Rebus. Whereas, those memorable series of books by Ian Rankin where driven by the lead character at the helm; the resurgence spearheaded by A.A. Dhand and Joseph Knox has seen characters from different backgrounds come front and centre yet these men have been grafted from the landscape they reside in.

Away from the metropolitan mess of London; these novels are showing us a sign of Britain in dire straits - in Leeds and Manchester, crime is just as rampant and they need policemen to be the law.  The men though have their own demons to combat; whilst Rebus saw solace at the bottom of the bottle, Harry Virdek in Leeds most combat racial prejudice and Aidan Watts (Knox) in Manchester must overcome his drug affliction.

DI Ridpath in Manchester is no different, a long serving detective who has to overcome personal struggle and the pull of wanting to see his growing daughter more which is putting a strain on his married life.  Ridpath must overcome the cancer scare he suffered in the first novel, and we see him returning home.

At the start of Where The Dead Fall, we encounter Ridpath travelling back to Manchester from a rehab centre looking forward to seeing his family; travelling on the rush hour roads on the same night as a Manchester United match and stuck in traffic, he sees a near-naked man running across the carriageway running away from something. Ridpath sees a shooter tailing the man, or did he, and in an instant a life is crushed and Ridpath is slap bang in the middle of it all, when he just wants a quiet road back to balance. 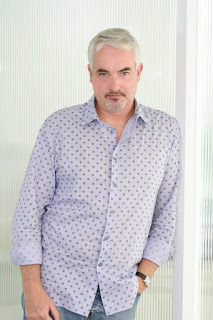 Lee has woven a gripping rip-roaring novel that was devoured by this reader in four large chunks - characters are rendered efficiently and the everyman Ridpath is a sympathetic character to get behind.  Featuring a unique forensic pathologist who is a growing child in adult form; gang warfare and daily traffic gridlock this is a tale of our time - frustration for many with paperwork being tied up and the grind of office politics.

Lee crafts a picture of Manchester much like Lowry one of dourness, rain, darkness and yet one full of life and character with football very much (sometimes) the centre of the universe.  This may only be the second of the series but I cannot wait to read more of him in the future.

Grab this book for your holiday read or just a page turner to get away from the April showers.

Where The Dead Fall is out now from Canelo.
MJ Lee can be followed on Twitter @WriterMJLee
My thanks to Tracy Fenton for the review copy and opportunity to be on the Blog Tour
Posted by NextToTheAisle at 02:38 No comments: 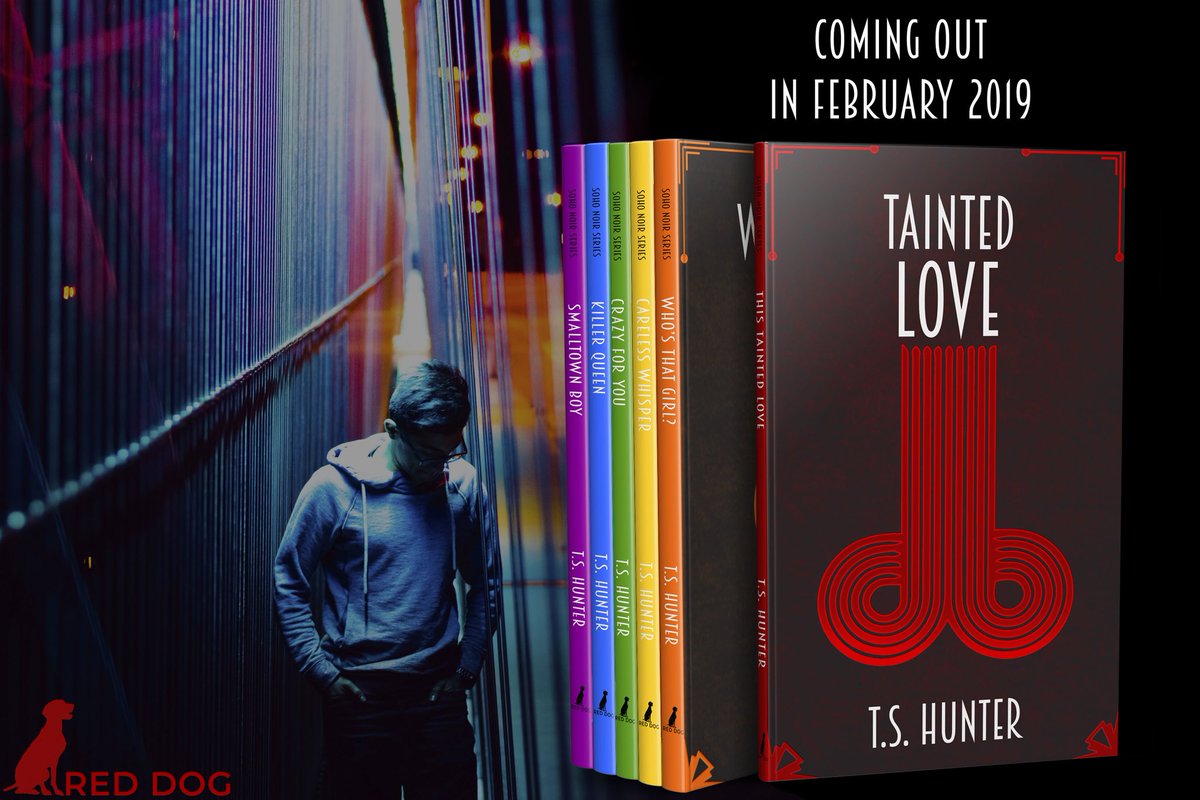 Tainted Love by T.S. Hunter is out now from Red Dog Press and is a new addition from an up and coming independent publisher.

Set in the mid-1980s, it follows the tale of young Joe; a young homosexual who has come to the big city to meet his friend Chris who has offered him a job and a pathway to come out to the world in these difficult socio-cultural times when homosexuality is still frowned upon.

We meet Joe at a gay club, dancing and having fun. Chris is with him and whilst going to the bathroom, he sees Chris in an altercation. Joe shies away, even when Chris tells him he has to leave. Very later that night/early morning, Joe returns to Chris' flat where he is staying over and finds Chris' body in the hallway beaten and bloodied, dead at the scene.

Joe connects with Chris' room-mate, Russell an ex-police officer - unceremoniously removed from the force after a bust exposed his own homosexuality - and they decide to solve the case of Chris' killer by doing the leg work around Soho themselves; as the prejudiced police see Chris' murder as another rent boy murder gone wrong.

The book is only 125 pages long, but it is written in a real whirling wind of detail and breeziness by Hunter. This promises to be a serious of Soho Noir as he has christened it; perhaps Russell and Joe will be the 'Cagney and Lacey' of the coming years in publication circles.  However, there is a lot to be said for this type of novel - short, sharp, easy to follow with convincing characters in a nostalgic age which is easy to place in a time and place as the AIDS epidemic starts to take hold.

Hunter has expertly crafted a group of characters you would like to return to again and again. The fact that it involves gay characters is neither here nor there, this is a story well told and gratefully received.

Tainted Love is out from Red Dog Press on April 18th, I shall be appearing in the book blog tour on April 15th.
Posted by NextToTheAisle at 06:01 No comments: 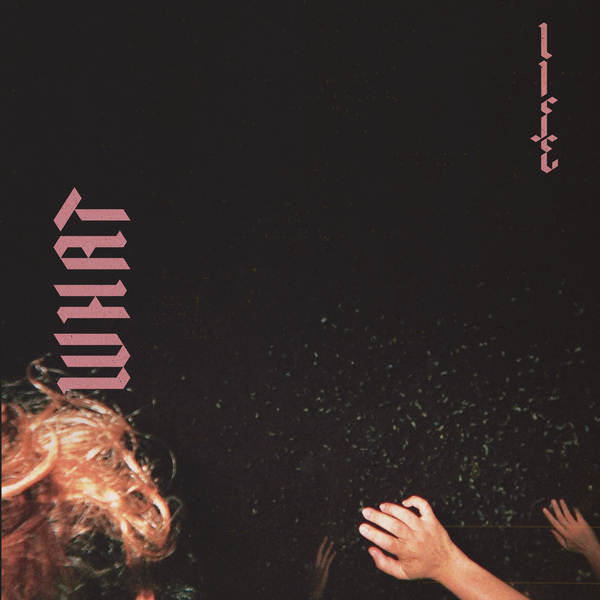 
Comprising of drummer Josiah Majetich, bassist Devin Trainer, guitarist Ian Tatum and guitarist/vocalist Josh Bertram; this band formed in 2016 and following the EP release in 2017 of Hell Ya, they return with their full-length album debut from Tiny Engines.

The band are all veterans of the punk rock scene in California; and there four distinct influences collide to create this unusual sonic soundscape that is both bold and uncompromising. 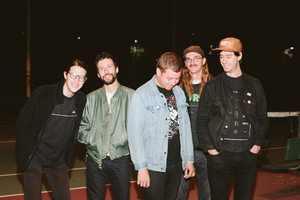 A collection of synths and beats rain down from the beginning in 'Path' and this continues with track 3, 'Mute' and track 5, 'Trance' which were both the lead singles. Featuring Bertram's soaring vocals these are songs that are ambitious, contangious and infectious.

Fuzzy guitars and synth melodies are married to create the songs that will make a change to the everyday; a cry to be heard by new fans. An elemental cacophony of beautiful collisions.

There is a sophistication to this music that is more polished than other bands of recent years. Another stellar addition to the Tiny Engines canon.

Club Night is out now from Tiny Engines
My thanks to Tiny Engines for the review link opportunity.

Posted by NextToTheAisle at 03:08 No comments: