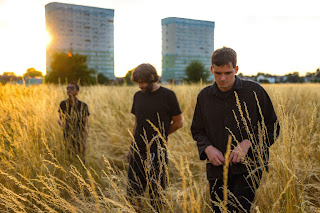 Modern Nature is a new group from Jack Cooper, famous for being Ultimate Painting; and they have released a new video for new single Footsteps ahead of the debut album release How To Live from Bella Union on August 23rd.


The new video is directed by Jake McGowan; and it follows a thread in the album Cooper says that is 'a journey from the chaos of the city to the sanctuary of the country, so we wanted to condense the idea down over the course of Footsteps with the final scene being a baptism...washing everything away'

McGowan harks back to famous British films that has its lense look upon non city scapes such as Withnail and I, Naked and Wish You Were Here; he uses the monotony and cyclical nature of life to make a statement that we need to get away and get back in touch with our selves and the conditions we live in.


The new group are a combination of Jack Cooper (Ultimate Painting), Will Young (BEAK>) plus Aaron Neveu (Woods) and Jeff Tobias (Sunwatchers) - and having taken their name from a diary entry of Derek Jarman, the band are clearly struck by the mix of urban and rural.

On the new album, the urban and rural cross and collide with cello strings melting into electronic beats, rising melodies on saxophones combat guitar strums.  There is an exoticness to the music on Footsteps - organic compositions create a rich quality to the music.

The new single is a great taster for Modern Nature who despite fighting between the rural and the urban have found a unique world of their own to occupy.

How To Live will be released from Bella Union on August 23rd and available for pre-order here. 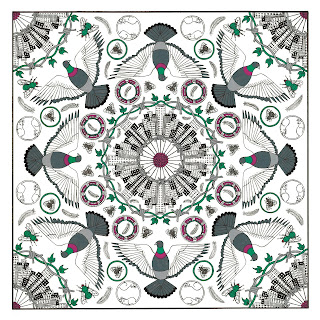 Posted by NextToTheAisle at 01:44 No comments: