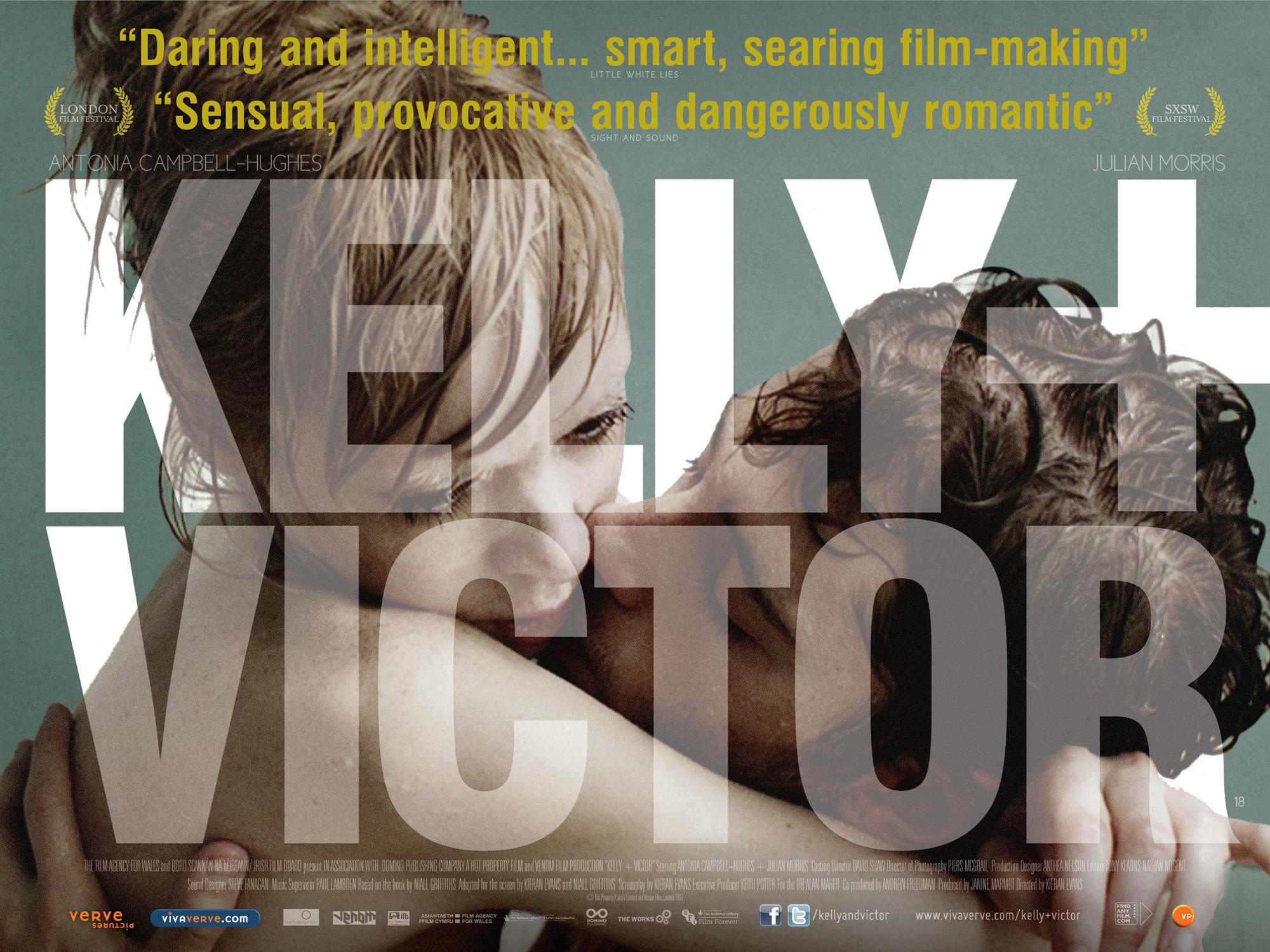 Kieran Evans' first fictional film following a career in documentary cinema is one of startling vision and originality that renews faith in young British film-making and bodes well for the future of the director and cast.

Evans adapts Niall Griffiths novel of the same name, about a young couple who meet each other by chance on a nightclub dancefloor and end up becoming a couple experiencing a new found liberation by way of sexual freedom in each other.

Evans' work in documentary holds him in good stead, as his keen visual eye for his surroundings is helped by his use of Liverpool and its nearby locales as a vital part of the piece and is as much a character as either Kelly (Antonia Campbell-Hughes) and Victor (Julian Morris).  This writer has family who lives in Liverpool, and was not aware of such beauty in Merseyside such as when Victor and his mates sit in the countryside waiting for a drop on drugs; or when Kelly and Victor sit near a lake in beautiful sunshine, so kudos to Evans and his cinematographer, Piers McGrail.

Campbell-Hughes and Morris are both excellent in the leading roles.  Kelly who was a character somewhat underwritten by Griffiths in the original source novel, becomes an altogether more intriguing person owing to the restraint showed by Campbell-Hughes.  She morphs from timid female to an altogether stronger person during intercourse, finding herself during the act and certainly wants to put her mark on her behaviour.  Morris gives a real strength and resilience to the role of Victor, who is sometimes put in a difficult position and yet you sympathise Victor and the rough decisions he has to make.

The two actors also cleverly reflect the disillusionment and alienation suffered by many young twenty-somethings in the UK currently; neither have a solid career in employment, not close to family but closer to friends, have burnt bridges with past friends due to serious acts and yet yearn for a connection with someone in terms of intimacy.  This film makes the point of stating that in this digital anonymous age, the closest you can be to someone is by sexual contact.  So often in film, young men are seen to be seeking women as sexual conquests, for Victor he is a young man who wants to be held, comforted and loved - a rare thing portrayed in cinema.

Whilst some of the subject matter may leave a bad taste in the mouth of some, the journey of the film and the chemistry of the two leads is worth watching.  It is rare of a British film to be so brave in its portrayal of sex in a young couple (not since Lynne Ramsey or Michael Winterbottom's Nine Songs) with such candour and honesty, but also the emotional complexity of a physical relationship can have.

Do we seek sex as a release from the mundanity of the real world and do we become a different person when we return to a primal role?  Evans is not afraid to ask these questions and for that, we should embrace this new talent accordingly.  Seek it out, it will leave its mark; as will the utterly brilliant soundtrack.

Kelly + Victor is out on DVD on Monday 13th January, and Kieran Evans was nominated for Best Outstanding Newcomer at the BAFTAs
Posted by NextToTheAisle at 07:29