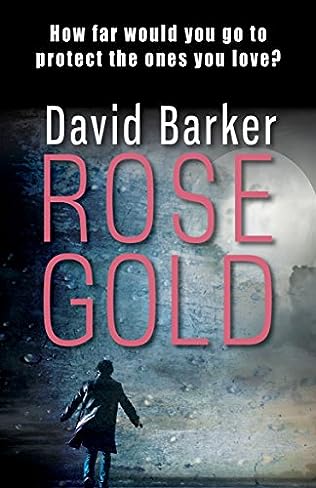 David Barker returns with the sequel to his hit novel, Blue Gold, featuring the returning characters of Sim Atkins.


The events of the world are still changing, following on from the adventures featuring OFWAT, Sim is thrown a curve ball from the off, learning a life-changing fact and then being asked to go to the moon.

The moon is the next landscape to be mined for the minerals that could help the forever changed Earth, perhaps as an outpost for new territories. Sim undergoes an intense changing regime and within 8 days is on the moon space station.  Yet this requirement to go to the moon, is a means to change the environment of the main character who must endure in a different milieu from previously.

Barker writes with a real lightness but swiftness; he is able to render an environment and atmosphere quickly utilising character dialogue to progress character development.  This is reminiscent of the writing of Matthew Reilly - whilst Reilly worked on a wider more outlandish scale with huge set pieces and explosions; Barker utilises the environment to his advantage. By having a base on the moon, you have people out of their comfort zone from the outset creating an underlying wave of tension and conflict as the diverse multi-ethnic world population of the base have to co-exist.

However, the yarn is gripping and moves a breakneck speed, for me it did not reach the same heights as Blue Gold did. Yet, the book is certainly one of the better action-adventure novels this reviewer has read - Barker cleverly takes his influences of Ian Fleming, Tom Clancy, Dan Brown et al to make a winning favourite in Sim Atkins - the type of guy who usually sits behind a desk but elevates and surprises himself with how well he can become something better than he thought he was.

That everyman quality shines through Barker's brilliant depiction of Sim as with the diverse cauldron of characters that pop up throughout the book from the erstwhile Lin to the detailed Piet as well as android Henry the AI who provides the key to the running of the whole base; and Barker does not waste pages with exposition and needless character thoughts, he uses dialogue as a means to shape story and extend plot with efficiency.

Barker is quite prescient in terms of future technology he grants his characters an item called tab rolls on their wrists, a sort of Apple watch which details your journey, time, sleep patterns but linked to a main body such as Henry who can monitor and advise on your behaviour, but has sinister reaches akin to Big Brother watching you. Having just been on a trip to Walt Disney World, they gave us magic bands a sort of GPS locator come money band where you can pay for items at leisure.

Barker leaves things up in the air - in terms of Sim quite literally - in readiness for the next part of the trilogy White Gold (out May 2019), where the heroine of Blue Gold Freda who we last see escaping a prison in Russia, is now front and centre at the beginning - thanks to an exclusive extract written at the book's conclusion.

Again, this is a brilliant thrilling novel from Urbane Publications who specialise in believing in under-appreciated authors whose work deservedly gets much needed exposure; Rose Gold is a thrilling addition to the Atkins trilogy, one more to go and this reader cannot hardly wait.

Rose Gold is out from Urbane Publications on Thursday 10th May